2016 Proton Pack to be auctioned by Prop Store (lot withdrawn) 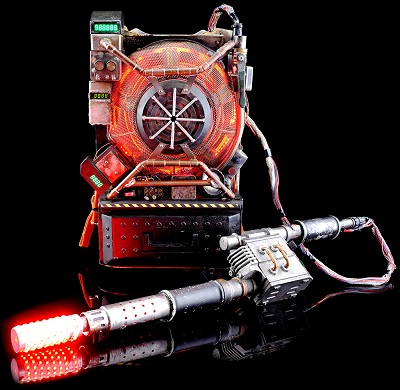 Update: Following the item's absence from the public version of Prop Store's catalogue, we can confirm that the Proton Pack, along with several other items from Ghostbusters: Answer The Call that were due to be sold have been withdrawn from next month's auction.


Over the past few years, auction house Prop Store has provided fans with rare opportunities to get up close to screen-used or production material from the various Ghostbusters films, and their upcoming Entertainment Memorabilia Live Auction will see one of the screen-used Proton Packs from 2016's Ghostbusters: Answer the Call go under the hammer.

This prop is of particular interest, as it features one of the lighting elements added to the thrower to create the glow of the proton stream as its being fired.

Details on the listing will go public on the 12th of October, and the auction itself is scheduled to take place from the 9th to the 11th of November.

There's currently no indication yet if Prop Store will hold a public exhibition of the props due to the current pandemic. We will update this story as soon as we receive further information.
mrmichaelt, tobycj, kahuna900 liked this
Feeling overwhelmed by the Covid-19 pandemic? Please visit The Support Thread.

I just hated the redesigned equipment. Extreme Ghostbusters did it right. This? Oh man. That PKE meter? Yikes..
chaoslantern, deadderek, kind2311 liked this

By DarkSpectre -  October 1st, 2021, 7:26 am
-  October 1st, 2021, 7:26 am#4956405
As much as departure from the classic pack as they are, the design has grown so much on me over the past 5 years. Granted it's a total bitch to produce one but I'd actually rank it above the EGB for the simple season is that it's visual aesthetic is closer to the classic in terms of lights and layout. Having built the EGB, it's boring and reminds me of a vending machine.
zeta otaku, Kingpin liked this
"So your alien had a room at the Holiday Inn Paramus?"
www.facebook.com/seoghostbusters "Serving Southeast Ohio since 2011."

DarkSpectre wrote: ↑October 1st, 2021, 7:26 am Having built the EGB, it's boring and reminds me of a vending machine.

I can just see it now:

--Why is it I have to put fifty cents into it to get a fresh plasma core?
Kingpin, ccv66, Mat liked this
8-10-21: Ghostbusters International: The Werewolf of Notre-Dame, Part Two

DarkSpectre wrote: ↑October 1st, 2021, 7:26 am Having built the EGB, it's boring and reminds me of a vending machine.

I can just see it now:

--Why is it I have to put fifty cents into it to get a fresh plasma core?

-frantically trying to rub a crease out of a dollar bill- WE'RE GONNA DIE! TAKE THE DAMN BILL ARLEADY!
Kingpin, Mat liked this

Kingpin wrote: ↑October 1st, 2021, 4:01 am It's a perfectly fine "technical"-looking prop. I've honestly seen cardboard replicas of the 1984 Packs that looked far worse than this design.

Oh for sure. No doubt there are some dubious looking replicas out there.

I just never really liked the aesthetic of the re design. Let’s be honest, it’s pretty damn hard to top the original. Probably impossible. You know what this proton pack reminds me of? Let’s say this was made during the Cold War. This pack is like the Soviet Union version of the American made original. It’s got that kind of design to it.

The PKE meter is also just really…not good. There too much light and LED effects on these things. Like a form over function sort of thing. Too much muchness
RedSpecial liked this

By Ecto24601 -  October 5th, 2021, 9:54 am
-  October 5th, 2021, 9:54 am#4956629
Seeing the equipment evolve on screen was one of the things I liked about ATC. Same as the Ecto, I think if some franchise had done this in the past everyone would have applauded them for cos-playing Ghostbusters without plainly copying/recreating the original but coming up with their own original ideas and still be recognizable as Ghostbusters.
Kingpin liked this

There were 25 Lots from GB2016 that Sony was going to auction, and they were all pulled by the time the online catalog went up. I have an advance .pdf copy of the catalog, and they are also in the print version that made it out to the public - So I guess I may as well post it here for those who were curious. 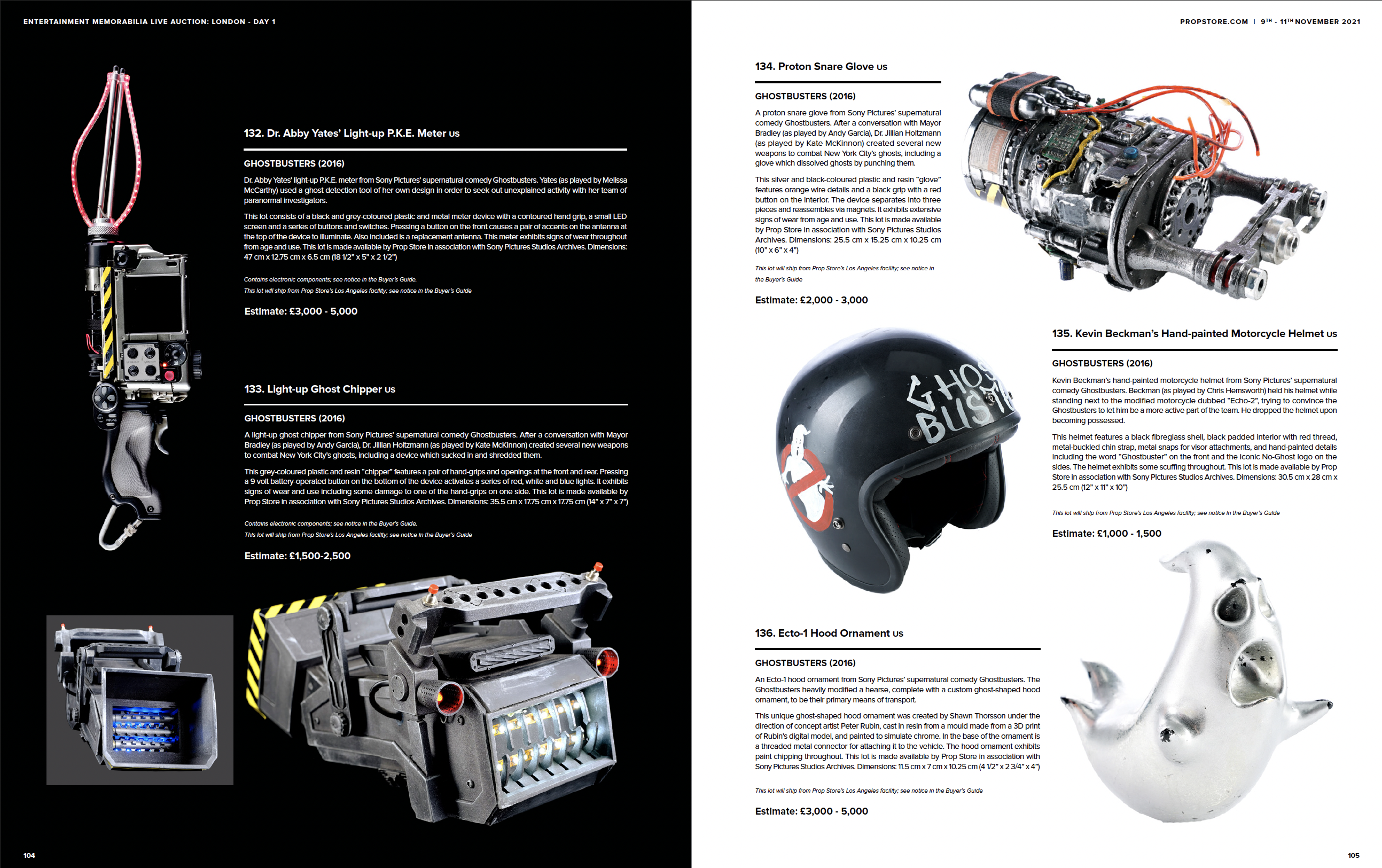 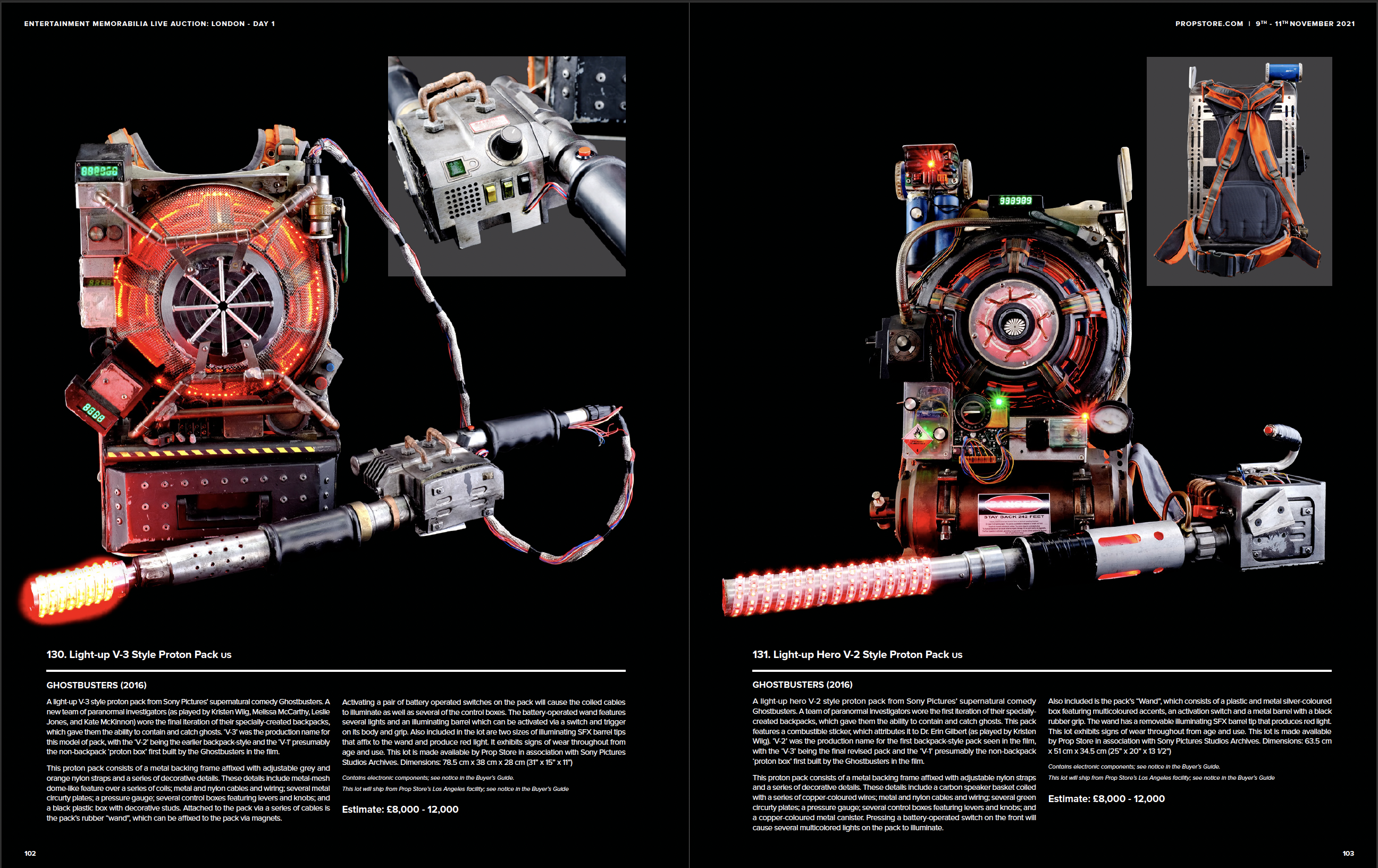 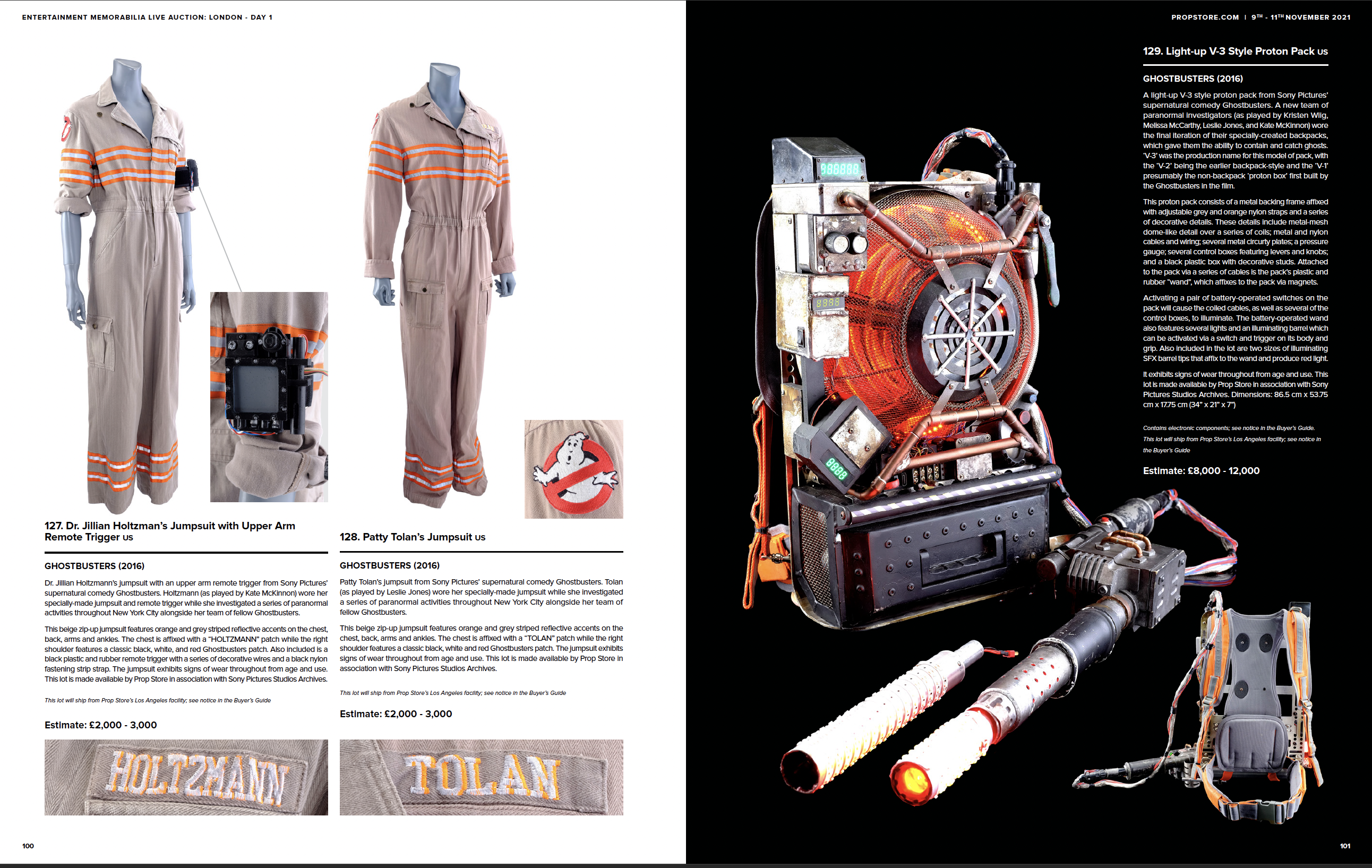 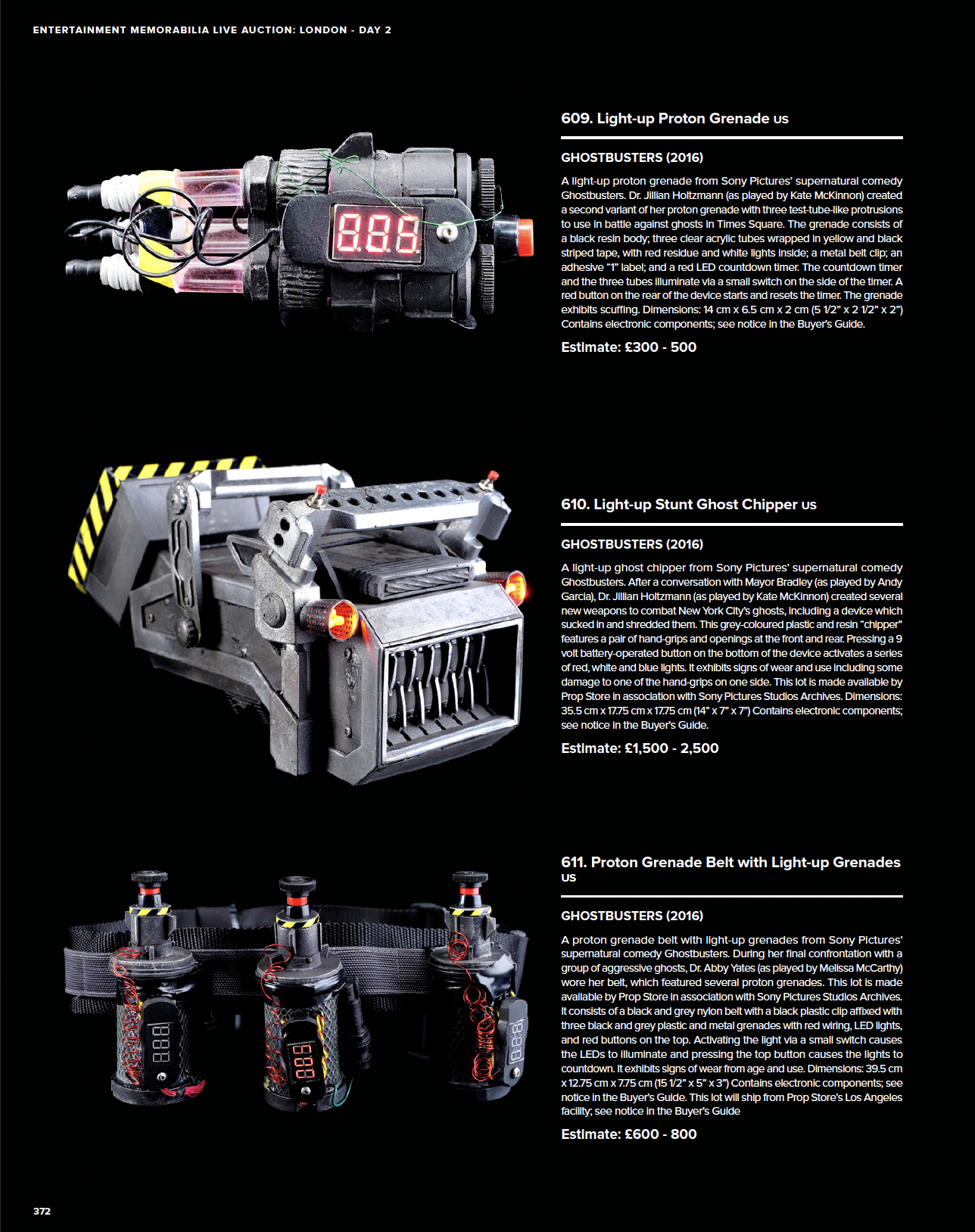 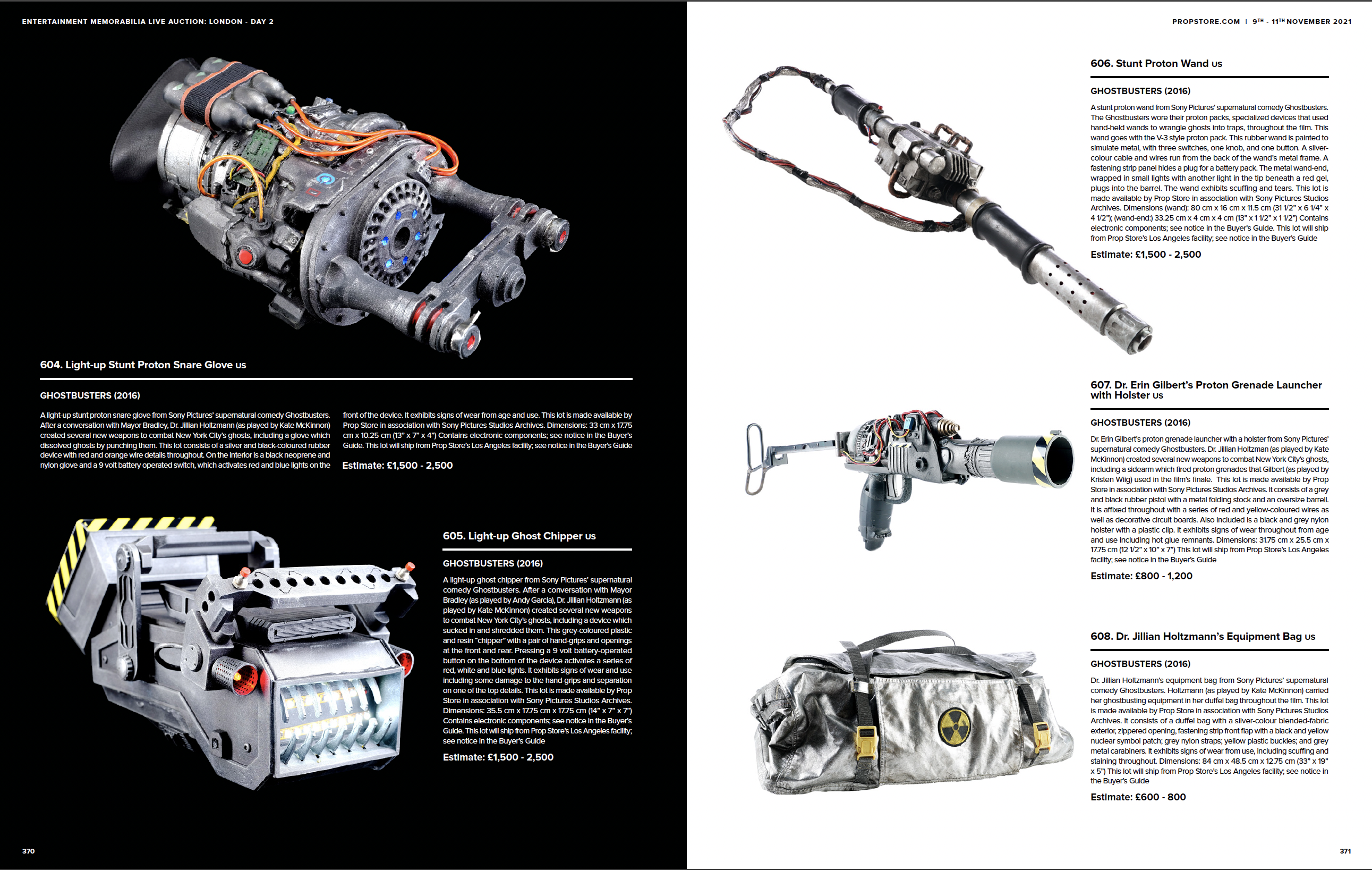 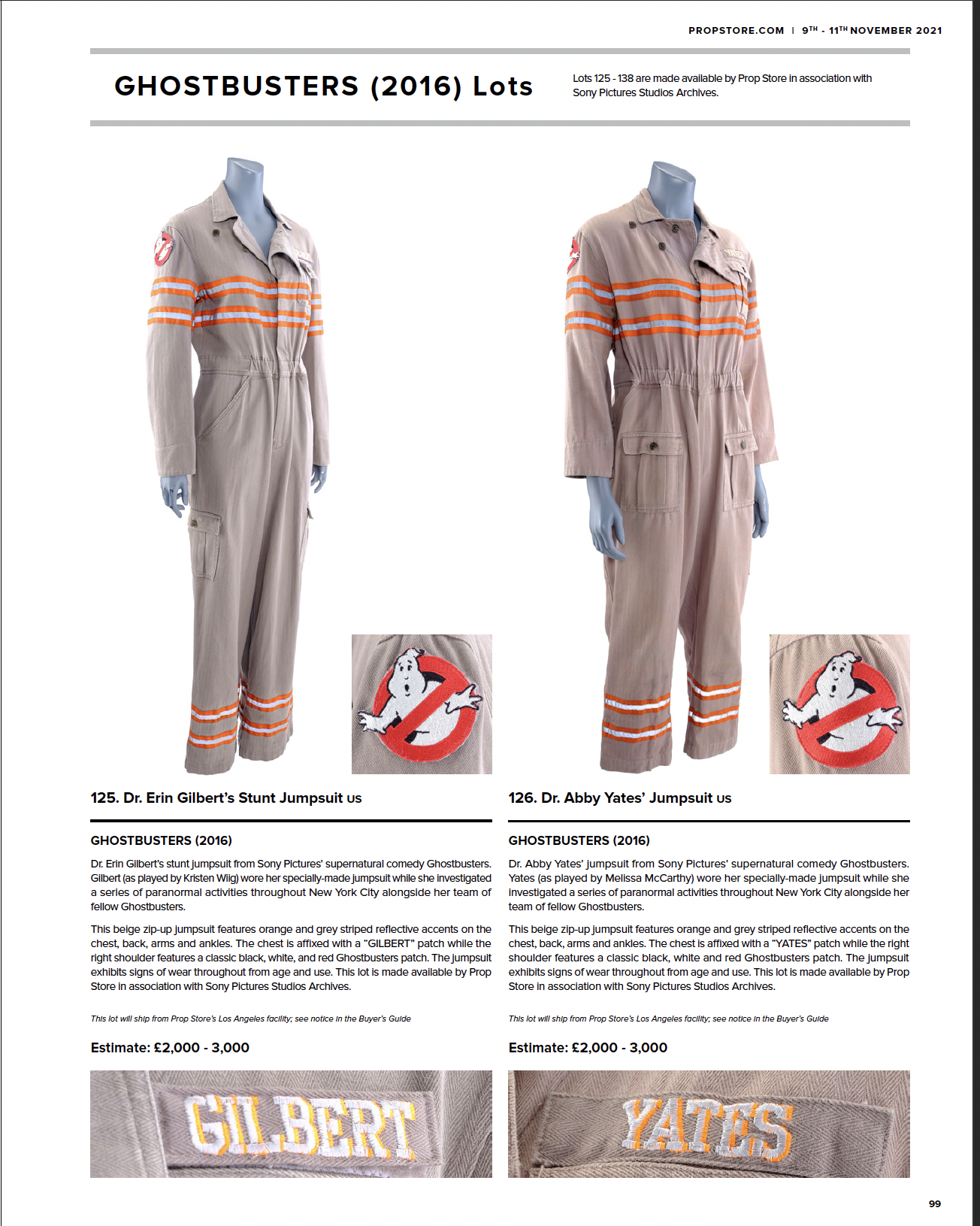 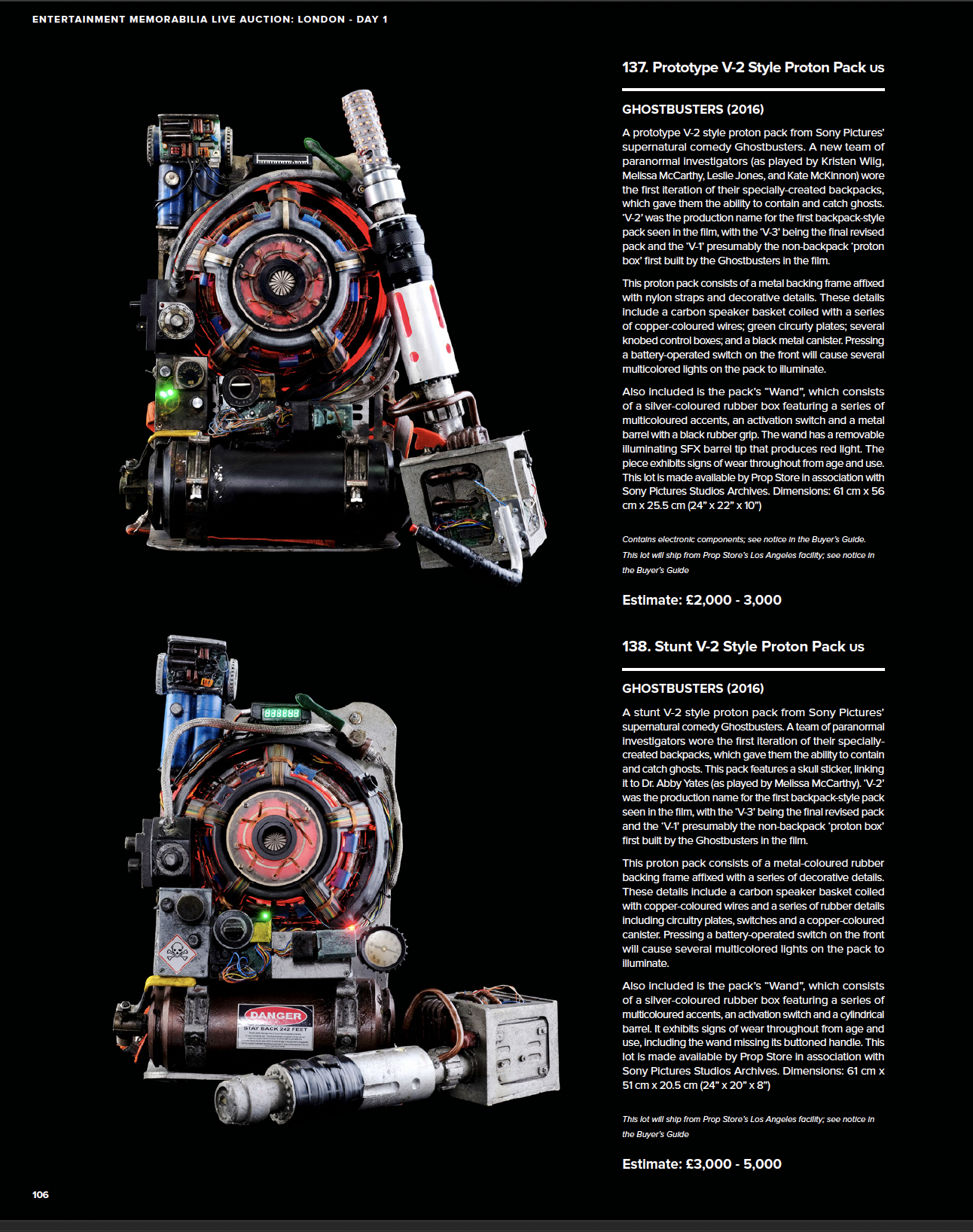 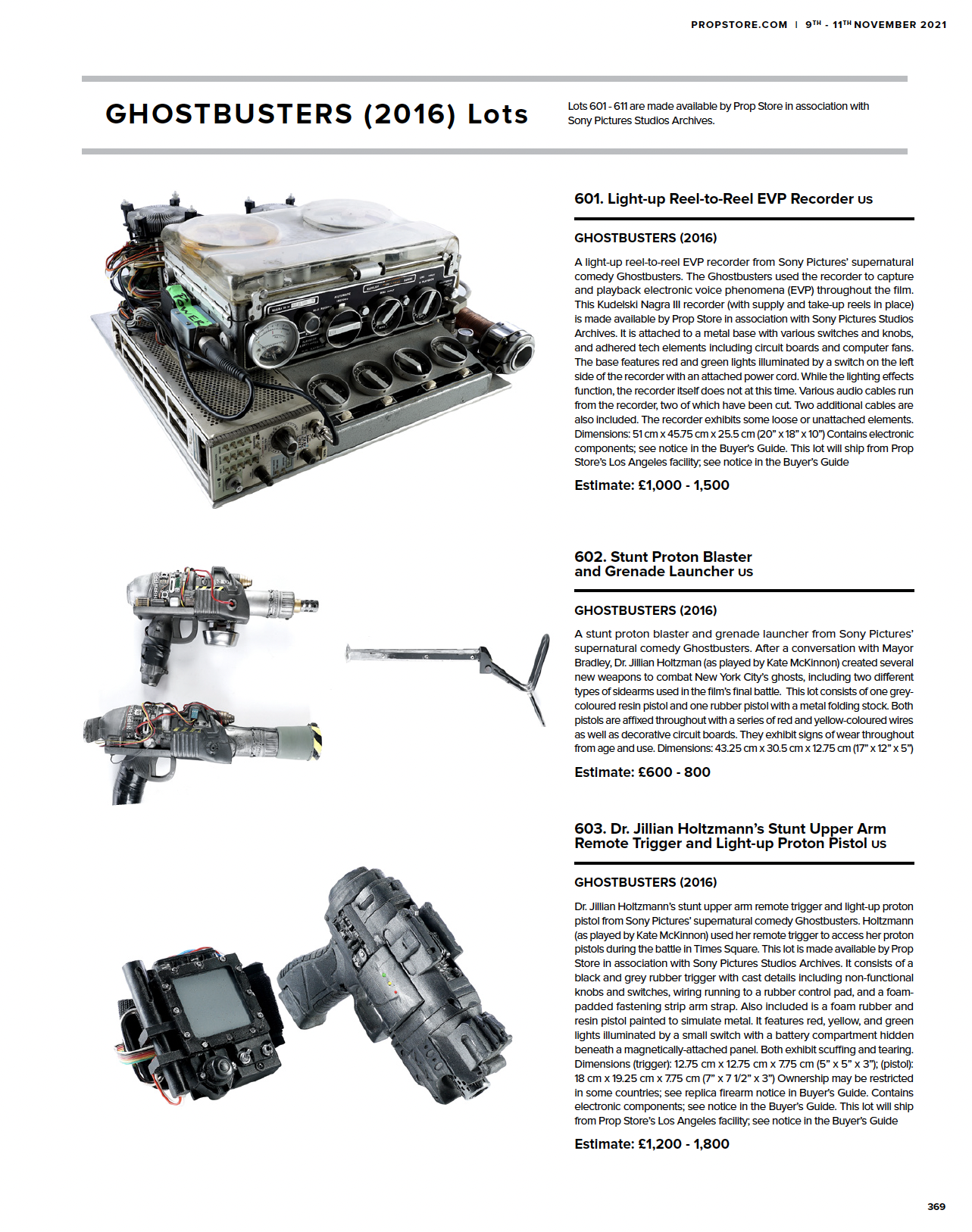 I wonder why all of that was pulled? I know the Pack attracted a lot of negative attention from the usual suspects... But was that why the lots were withdrawn?

Thanks for posting the screenshots, Zed.
ZedR liked this
Feeling overwhelmed by the Covid-19 pandemic? Please visit The Support Thread.

Might just be me but Kevin's helmet gives strong GB84 vibes.

By Kingpin -  October 16th, 2021, 10:36 am
-  October 16th, 2021, 10:36 am#4957531
I reached out to Prop Store a few days ago, and unfortunately they confirmed that the Pack had been withdrawn from the auction. Hopefully we'll see it and the other items pop up again in the near future.
zeta otaku liked this
Feeling overwhelmed by the Covid-19 pandemic? Please visit The Support Thread.

I started hacking off the front grip with a dremel[…]